A Stark Taste of Reality 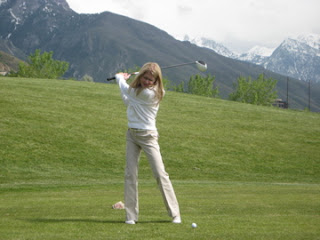 Updating on Julie's status has been nothing short of easy. I haven't written about her in months; I think May was the last time I did this. There is good reason too; we have been so busy living our life. The mantra of 'no news is good news' has definitely been in play. Julie has taken on some hobbies of her own. The most notable by my standards is her desire to golf. During the summer she was pushing me to take her almost once a week. "When are we gonna golf?" She'd say with an expecting voice. We got out several times with her dad and sometimes her brother Matt early in the mornings around 6:30 or 7:00. It was good to see them together. One week when I was out of town, she went with them early in the morning on her own. It was great to see that independence. 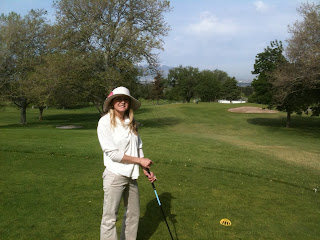 To watch her dad with her on the course sheds light on him as a parent. He is so proud of her. She of course has natural born Jackson athletic talent, so despite my taking swinging lessons, we sometimes score the same on holes. She is extremely competitive. It's a side to her that has always been there with other aspects of her life like staying healthy and being diligent on her treatments. But to see her in a sport counting hers and everyone's score puts an ear to ear smile on anyone who knows her. She is much like her Father; having a great time, but ultimately wanting to beat the next opponent.

Julie also has done some hiking with me. In early June she was on this kick to hike Bells Canyon. She started out by hiking up to the reservoir and with my parents and I. On June 23, She, my Dad and I hiked to the waterfall. It was a 4 mile round trip and was a push at the last 1/4 mile up the steep stair like trail. She made it to the falls and I was so proud of her. She was running about a mile in Rehab, but she wanted to do something early on to fuel her endeavors. At the time she was only 3 1/2 months out doing a moderate hike that the vast majority of Salt Lake County has never done. It was great to see her not only do the hike, but recover well. 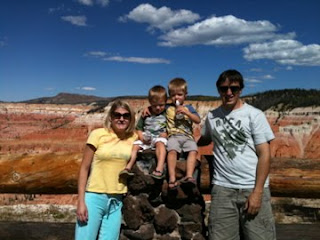 Naturally with Julie feeling well, we took a few "close" trips. The Transplant center at the UofU wanted us to stay nearby those first few months so we were careful about when and where we went. We took a road trip to Vegas in late May, had a few over nighters at my Cabin in Millcreek, weekends at Julie's parents place in Midway, Bear Lake, St. George, and in August we took a trip to Dana Point in southern California. Vegas and S. CA were trips with just the two of us and it was great to spend time together without anything attached, both literally and figuratively. We had little burden of looming illness or actual illness. We spent time on the beach, golfed of course, and went to a lot of shops and boutiques. The latter was not my favorite, but in light of everything that's happened this year I was just fine with it.

In September, we were surprised to see a sudden drop in lung function. They quickly got her in for a broncoscopy and took some biopsies to see if there was any rejection. The results came back clear; no inflammation and no scarring. It made sense to us though since Julie was feeling tired during the day at times, and got winded a little more and wondered if things were getting harder. "It wasn't a drastic change, I just wondered why it was harder to keep my O2 sat's up". Over the first weekend in October on a Saturday morning, We decided to take a short 3 mile round trip hike to Secret Lake in the Albion basin in Alta, UT. We took the twins with us and it was a great hike with beautiful fall colors just before the first snow up there. Ben and Jack took there sweet time on the trail at times laying down on their stomachs to look at rocks and bugs. Julie noticed and asked if it was a harder trail than Bells canyon. I told her we were at a higher elevation at 9500 ft. and her lung function had dropped. That next week when she had another PFT and her FEV1 was down to 77%, we were even more concerned. Dr. Cahill decided to treat her for rejection even though the biopsies were clear. Last week she had three days in a row of 1 hour infusion of 1 g of solumedrol. That is essentially 200x her daily dose of 5mg of prednisone. So far, it seems as if it has helped. Her O2 sats are higher in the upper 90's as she works out as opposed to the lower 90's. Her physical therapist was encouraged on Monday when he saw that. She feels like she has more energy and isn't as tired. It may be residual affect from the steroids last week, but we are hoping it is better lung function as well. We will know once she has her next PFT's.

The stark taste of reality came on monday when Julie went up to rehab. One of the other patients informed Julie that a girl who was about 3 months ahead of Julie died last week. We knew she had been in the hospital and was dealing with some rejection, but it was a shock to hear she had passed away. This girl had been an influential part of our decision to go forward with the tests to be placed on the list. We spoke with her about a month or two after she had been transplanted and she was doing very well. She was hopeful for a new life and excited about having a family. She had a lot of questions for us in that light and we sort of connected with her. It hit me pretty hard and for the first time in months, thoughts of death and raising my boys as a single father naturally slipped back into my mind. It reminded us how finite this life and blessing of new lungs is. Anything can happen, at any time. After it sank in, hope entered back into my mind. The good that comes out of it is new resolution to stay extra clean, work out regularly, and just be diligent in what we can control. After all, that is all we can do. A lot of this is out of our control, and sort of the luck of the draw. However, much of this is in the Lord's hands. We know what Julie has been promised and have seen many of the blessings that were given to her at a young age, come to reality. Our lives have not come to the crossroad of death yet. I have full faith that whatever our path is in life, we have been born with an ability to not only bear it but enjoy it. Ironically we both have peace and hope for a long future together, raising and enjoying our children Ben and Jack. 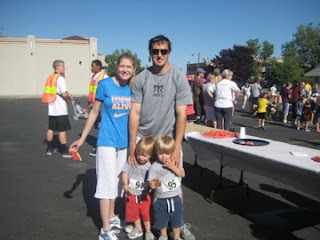 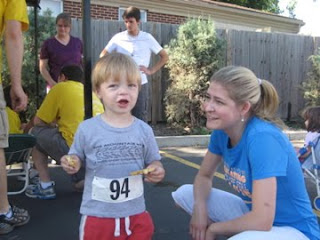 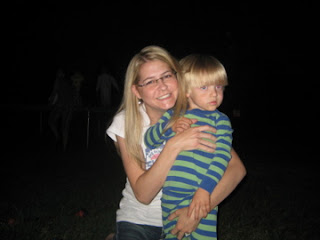